The Salisbury (Rhodesia) Lager Beer Brewery & Ice Factory was sold in April 1906 and Breweries Limited was registered, with 15 000 capital. The share subscription list of 13 500 £1 shares was filled in five days.

By August 1907 when lager beer was introduced, prices had dropped to seven shillings a dozen pints, brewery grains were advertised at one shilling a bucket as an alternative animal feed and by March “first-class ice” was sold at 1d, per pound with special quotations for large orders.

Between 1906 and 1909 the company’s business improved. There was a profit over the previous year and a 50% increase in turnover.

The head brewer P. V. Samuels served for 40 years from 1908. He and his son Jim became luminaries of the brewery story for half a century. 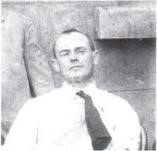 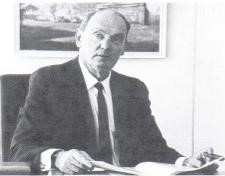 During P.V. Samuel’s time his horse Molly, who was his friend and mode of transport to the office, would swim the river and turn up unannounced if he left her at home in favour of his bicycle.

There were 36 members of staff who produced 20 barrels per day. Water for the beer came from a shallow well. Two paxman loco-type boilers that used wood fuel generated electricity and an 8-tonne fridge in the cellars cooled the wooden fermenting and storage vessels. Half the output was delivered in casks by mule wagon to hotels and beer halls. The bottled beer was carbonated. because the refrigerators were not cold enough, and siphon-filtered into old whisky quart and pint bottles that had been discarded in Beira.