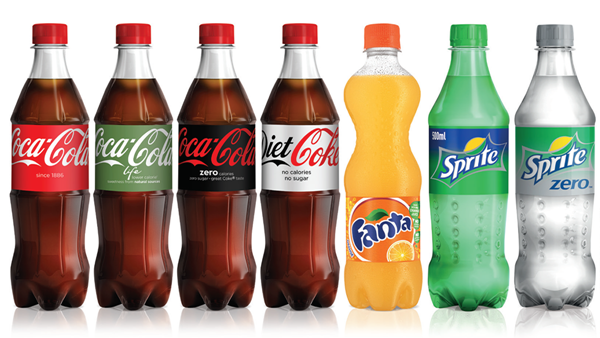 At Coca-Cola, we’re serious about making positive contributions to the world. That starts with reducing sugar in our drinks and continuing to introduce new ones with added benefits. It also means continuously working to reduce our environmental impact, creating rewarding careers for our associates and bringing economic opportunity wherever we operate. Together with our bottling partners, we employ more than 700,000 people around the world.

Company to step up innovation, drive economic empowerment and environmental stewardship over next 70 years

HARARE, May 29th, 2018 – The Coca-Cola Company (TCCC) today celebrates its 132nd birthday globally, 90 years in Africa, and 70 years of operation in Zimbabwe. Marked as Founder’s Day, 8th May 1886 was the day Dr. John S. Pemberton sold the first Coca-Cola for just 5 cents in Atlanta, Georgia USA.

In 1948 the company started operations in Zimbabwe as a Company Bottling Operation– with the first factory premises at Telford Road in Graniteside, Harare, and since expanded to the present site known as “Coke Corner”. For seven decades, the company has been a cornerstone of special moments- bringing people together, and being at the core of their celebrations, while providing refreshments.

“We take great pride in being a part of Zimbabwe’s fibre for over 70 years, and being a part of celebrations by families and individuals who enjoy an ice-cold refreshment on a sunny day. Coca-Cola has also been a part of national celebrations, including the events to mark the attainment of the country’s independence in 1980 among other milestone events. But we offer more than just refreshments, we prioritise our value chain, and contribute to the nation’s social-economic aspirations and the environment,” said Ahmed Rady, General Manager of Coca-Cola East and Central Africa Franchise

With three bottling partners, Delta Beverages, Schweppes Zimbabwe Limited and Mutare Bottling Company, Coca-Cola employs over 3,000 people in Zimbabwe and supports over 56,000 others across the supply chain. The bottlers manufacture Coca-Cola and its portfolio of products and make them available ‘within an arm’s reach of desire’ to consumers across Zimbabwe. The business has also invested heavily in creating jobs, bringing new technologies to the beverage industry in each country and improving distribution networks.

Alex Makamure, Corporate Affairs Director, Delta Corporation Ltd said, “Over the past five years, we have invested in infrastructure, manufacturing, distribution, marketing and skills development. We have an enduring belief in Zimbabwe. We see a bright future ahead, with socio-economic trends showing a growing population, rising GDP and increased urbanisation.”

The last decade has seen Coca-Cola in Zimbabwe diversify its product range to include water and juice categories, giving customers more beverages to choose from. This includes a national treasure in Mazoe, the Zimbabwe heritage drink and Minute Maid. To compliment this, in 2016 we announced our goal to become a total beverage company. We are evolving our recipes to offer new drinks that provide benefits like nutrition and hydration; and sugar reduction by reformulating the sugar content in some of our products.

We are proud to work with the thousands of small businesses and vendors throughout the country to serve the millions of Zimbabweans who choose to enjoy our products each day. We hire locally, manufacture and distribute our products locally. We run our business through a network of 20,000 outlets in all provinces.

“We are firmly committed to Zimbabwe’s socio-economic advancement and we continue to invest in our business and in community programs. Some of our initiatives include water projects in Nyanga, Makoni, and Mwoyoweshumba in Manicaland province, in collaboration with Plan International. We believe that powerful partnerships between the private sector, government and society offer the most effective path to development”, said Noma Halimana, Coca-Cola Zimbabwe Country Manager.

Coca-Cola’s Zimbabwean story is underlined by being the cradle of COPA Coca-Cola, a grassroots football tournament that was founded in Bulawayo in 1989. The tournament is now being played in over 63 countries by over one million teenagers. In Zimbabwe almost all secondary schools participate in the under 15 tournament, now in its 29th year. Last year 2,500 boys schools and 2,479 girls schools participated, reaching about a million teens and more people within communities.