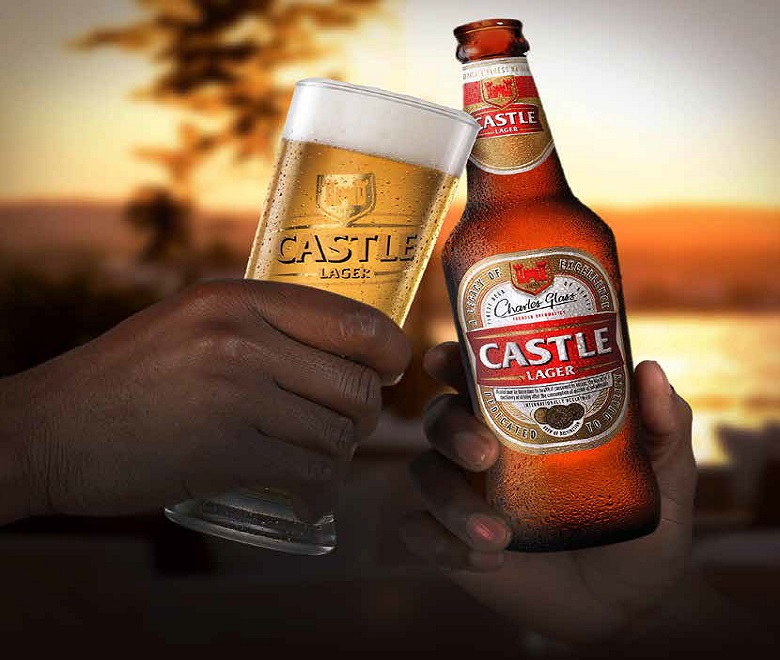 The Lager beer volume achieved in F19 of 2,0 million hectolitres was at par with the historical peak recorded in F13. All our brands and packs contributed positively to the 31% volume growth over prior year. The Company maintained stable pricing for the first nine months of the year on the back of foreign currency availability from the formal banking system and access to supplier credit.

The affordable pricing drove volume as consumers perceived our products as better value for money compared to other goods and services. The business benefited from increased economies of scale and improved its earnings. The Mainstream Category comprising the flagship brands Castle Lager and Carling Black Label recorded doubledigit growth, driven by quart pack. There was also a significant uplift in the Premium Category mainly buoyed by Zambezi Lager and Castle Lite.

We extended our pack offering by launching Castle Lite in a 660ml returnable bottle.
The manufacturing platform was stable and responded well to the high demand witnessed during the year. There were intermittent shortages of one way packs arising from challenges in importing packaging materials on account of foreign currency shortages.
Our brands continue to achieve high quality scores as benchmarked against our peers in the AB InBev Group.

OUR BEER BRANDS IN THE COMMUNITY

Our sustained interaction with consumers through sports and arts is yielding encouraging results. Young talent is nurtured and developed while lubricating the social platforms that benefit communities.

Soccer is supported by Castle Lager as the anchor sponsor of the Premier Soccer League. Two consumers won tickets to watch live matches in Russia in the 2018 Castle World Cup promotion. The promotion included in trade activations during matches and game viewings at the Castle Domes set up at various centres. FC Platinum won the Premier League trophy and were also winners of the Castle Challenge Cup. The Castle Lager Soccer Star of the Year awards were held at Cresta Lodge with Rodwell Chinyengetere of FC Platinum winning the title for the second time.

The Castle Lager brand also promoted five a side soccer through the Castle Lager 5 A-side tournament, an initiative focusing on developing the sports from grassroots which culminated in a knockout tournament. The winners of the tournament went on to represent Zimbabwe in the Castle 5 Aside Africa finals. The Zimbabwe team finished third at the regional finals held in Zambia.

The Carling Black Label Pool Tournament Finals were held at Raylton Sports Club in Bulawayo with the brand rewarding the two winners, from the men and women’s divisions with a pool table, a trophy and prize money. The Carling Black Label Pool sponsorship was extended to the 2018 ZTISU (Zimbabwe Tertiary Institutions Sports Union) games. The sponsorship included providing medals and floating trophies for the tournament winners and the grand prize of two pool tables for the winning male and female teams respectively.

Zambezi Lager was the official beer at HIFA 2018. The new Zambezi Lager television commercial (TVC) based on the new campaign, “The Mighty” was aired on ZBC to increase visibility and awareness. This TVC is highlighting the Zambezi River and its tributaries which ties in with the brand’s association with outdoor activities and nature. The brand remains the official beer at the Kariba Invitational Tiger Fishing Tournament and at the year-end Victoria Falls Carnival. Zambezi Lager was also the proud sponsor of the Zimbabwe Rugby Sevens Men’s team, the Zambezi Cheetahs, which capped a memorable 2018 season by winning the Africa Cup in Tunisia and took part in the Rugby Sevens World Cup in the USA. Zambezi Lager had activations to pay tribute to the late National Hero, patron of the arts and music icon, Dr. Oliver Mtukudzi.

Castle Lite re-launched its thematic messages through the “Nothing Beats Extra Cold” and the “Extra Cold Nights Micro Events”.These brought pomp and excitement during the festive period.

Golden Pilsener maintained its associate sponsorship at the Old Mutual Zimbabwe Open Golf Tournament cementing its association with golf. This year Golden Pilsener was also proud to join the NOMADS golf society in celebrating 50 years of existence in Zimbabwe and celebrating a partnership that has endured during the half century.

The sorghum contract scheme continues to make a difference in the small scale farming sector by improving farming methods, encouraging enterprise and lifting the standards of living in the communities. Sufficient sorghum is harvested and delivered to our breweries to meet our requirements for the brewing of Eagle Lager which is enjoyed by the consumers at a more affordable price.

The Company continues to run the successful barley contracting scheme which ensures that our beer brands use the high-quality Zimbabwean barley varieties. The barley feeds into the malting plant at Kwekwe to produce barley malt for both domestic and export markets. The 2018 season saw 47 commercial farmers being contracted for barley production. The output of 33 000 metric tonnes represented a significant growth on 2017, in line with the domestic lager beer volume recovery. The barley intake was of high malting quality, demonstrating the benefits of the agronomic support offered by the Company to farmers.