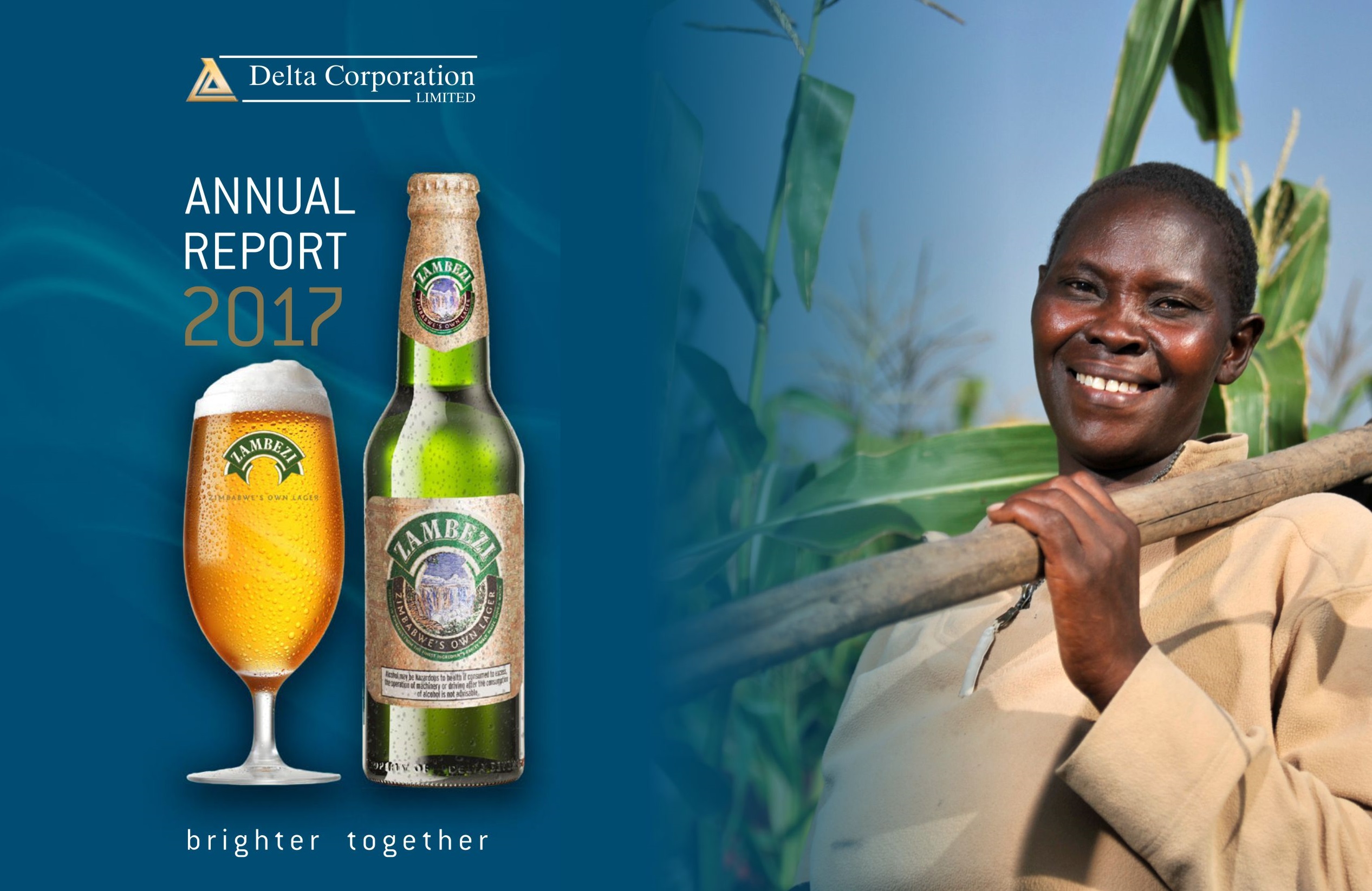 “…And growing our business sustainably for the betterment of our employees and communities”. We continue to adjust the key pillars of our sustainability framework to ensure their alignment to the UN Sustainable Development Goals (SDGs).

Delta Corporation is a truly Zimbabwean company with its foundation routed in the local communities, with a history dating back to 1898 when the brewery was established in Cameron street in Harare. The Group is a significant contributor to the Zimbabwean economy, providing direct employment to over 4 800 people and indirectly by supporting livelihoods through both our upstream and downstream value chain partners in sourcing inputs and the distribution and retailing of our beverages. The multiplier effects of our operations permeate through various facets of the Zimbabwean economy, thereby creating wealth and improving the welfare of the communities in which we work.

The Company continues to support the construction of learning facilities at primary schools in marginalized areas; the project for 2016 was at Mutsamvu Primary School in Chimanimani – eastern Zimbabwe. This initiative includes construction of model classroom blocks, supply of furniture and other amenities. Communities are encouraged to participate by contributing their labour to mould bricks and supply water during construction in order to instil a sense of ownership which is important for maintaining the facilities.

The Company runs a bursary scheme to support gifted but underprivileged students to enrol for A level and university studies, with a current enrolment of 62 learners. We had a total of 5 learners graduating from local universities in 2016. The alumni from this scheme have been enlisted to become mentors under a Peer-toPeer Mentorship Program. This is a platform for former bursary beneficiaries to encourage current beneficiaries to excel in their endeavors.

The Company responds to disasters, provide humanitarian relief as well as ad-hoc requests for donations. Where we can, we support worthy causes in order to deliver positive change in the communities where we operate. These programs are guided by the Group’s ethics and donations policies which exclude donations to certain areas such as:

SUPPORTING WOMEN THROUGH THE COCA-COLA GLOBAL 5 BY 20 INITIATIVE

As our share of the 5 by 20 Coca-Cola program to empower five million women by year 2020 worldwide, we plan to recruit and train over 5 000 women as part of the upgrading of the informal market traders and small to medium enterprises. Over 1 000 women have been trained so far.

The female managerial employees of the Coca-Cola system in Zimbabwe participate in the local chapter of The Coca-Cola Women’s Business Resource Group, Women’s linc, which is focused on engaging, inspiring and developing the women of The CocaCola Company to drive total business performance and establish a strong reputation as a great place to work for women. The program also challenges women to work for their communities as volunteers. Women’s Linc Zimbabwe ran a “Feed a Child and Keep Them in School” campaign in which food packs were donated to Cheuchi Primary School in Mashonaland West province.

WHY AGRICULTURE MATTERS TO US

As a beverage manufacturer, we need agricultural crops to brew our beers and as sweeteners of our soft drinks. We are creating secure, sustainable supply chains both for malting barley, maize and sorghum including key agricultural raw materials such as sugar and juicing fruits. We are helping farmers increase profitability, productivity and social development while reducing environmental impact.

We support over 9 000 subsistence farmers to grow sorghum for use in brewing our sorghum and Eagle Lager beer. The longstanding barley contract scheme which was disrupted in 2015 resumed in 2016 with an intake of 10 063 tonnes of barley. The scheme has been scaled down due to the depressed lager beer sales and the loss of malt export markets due to uncompetitive barley and malt prices.

The Retailer Development Programme is designed to equip our retailers, particularly the small sized outlets, with basic business management skills to help improve their businesses and incomes.

A total of 700 retailers were trained in 2016 covering the key modules such as financial management, product handling, understanding a beer business and responsible retailing and environmental awareness. The company’s contribution to the development of the retail sector was recognised by the Confederation of Zimbabwe Retailers with a Corporate Social Responsibility Award