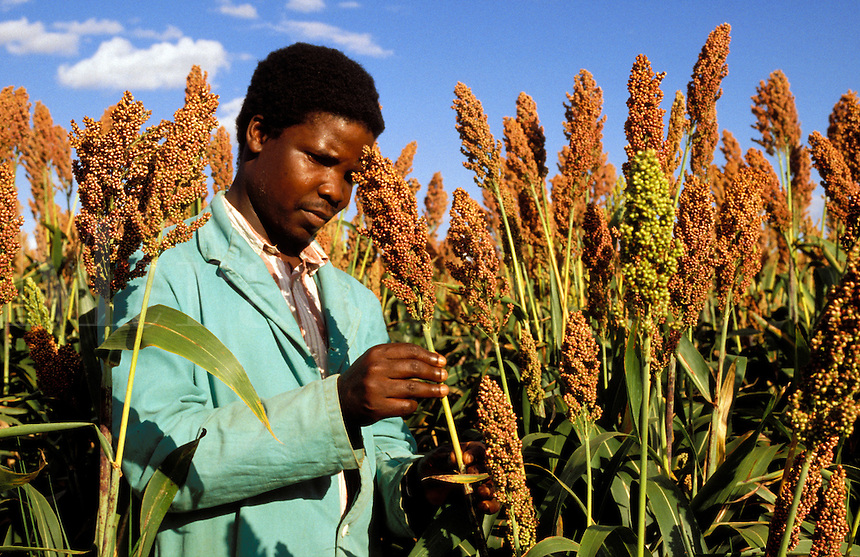 DELTA Beverages says it has reduced by 70 percent hectarage for red sorghum under contract farming to 3 300 ha for the 2015/2016 season compared to 11 000 ha contracted the previous season.
Corporate Affairs Manager Tsungi Matiure said the reduced contracted hectarage will see the group spending just below half a million at US$450 000.
“Our investment will be significantly reduced compared to last year because of the reduction in contracted hectarage. We anticipate to finance the sorghum scheme to the value of US$450 000,” she said.
She added that the main benefit from the scheme relates to the company providing an assured market to sorghum farmers which also involves market contracts for white sorghum.
Matiure said the total value of the sorghum purchased during the 2014/15 season is estimated at US$2,5 million.
Delta’s annual contract schemes are determined by projected beer volumes but the business has not been spared by the current liquidity challenges which has seen volumes declining.
For the second quarter to September 2015, the group’s sorghum beer category recorded a volume decline of 12 percent for both the quarter and the six months.
Matuire said the decline in volumes has also affected the contracting of Barley.
“In winter we contract for barley production. We however did not contract this past season as current stocks will be able to see us through to the next harvesting season as a result of the drop in beer volumes,” she said.
Traditionally, under the red sorghum scheme an average of 9 000 farmers benefit and with an average of six household members, the programme has over 40 000 beneficiaries.
Areas that benefit from the scheme include Buhera, Gokwe, Mutoko, Mwenezi and Chiredzi under the communal sector. For the commercial sector Mazowe Valley, Chinhoyi, Raffingora, Selous and Kwekwe .
Matiure said yield projection for this year is likely to be the same as the actual yields from prior year given the persistence of the El Nino phenomenon into this summer cropping season. Communal yields averaged 0.73t/ha and the commercial yield averaged 2.15t/ha”.
Sorghum is a raw material used in the production of opaque beer such as Chibuku and Chibuku Super, some is also used in the Maheu business. The winter crop (barley) is converted to barley malt and used in lager beer manufacture.